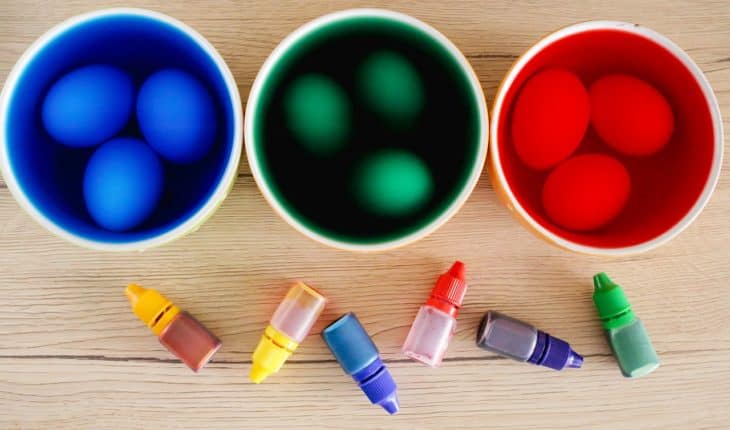 In our competitive capitalist society, brands and products need to stand out.

Because if a product does not stand out, people will just buy something else.

This is especially true for food products. Grocery store aisles contain a variety of different brands all selling the same product. And they are all trying to grab your eye.

Every bottle or box is screaming, “pick me, pick me” in their own unique way.

One way that companies do this is by adding food coloring to food or drinks. This helps them to stand out. But not only that, these bright colors might even make the food look like it tastes better and is fresher.

So, Is Food Coloring Harmful to Your Health? 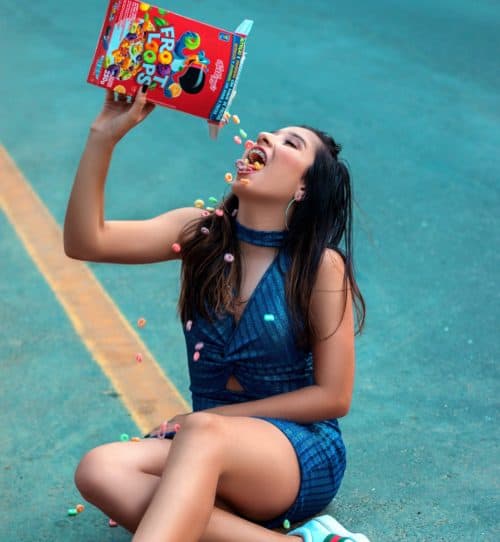 This answer is, it depends. Generally, there are 2 types of food dyes. Artificial and natural colors are the two categories of dyes.

And if you think that natural dyes are safe and the artificial ones have health risks, then read on because that is not always the case.

Although sometimes companies use them in their whole state, more often they process them. The first reason they do this is to remove the flavor. Secondly, it also helps to extract as much of this pigment as possible by breaking down the cell walls. Finally, it also helps to ensure the stability of the dye.

Usually, this purification process uses hexane or acetone as solvents. When used as a solvent, traces of these toxins stay in the food dye. These are carry-over ingredients and companies do not need to include them on a food label.

Acetone and hexane are both dangerous petroleum-based chemicals that make up products like nail polish remover, industrial cleaners, and high strength stain removers. I don’t know about you, but I sure don’t want to be ingesting them in any amount.

Here is a list of some natural food coloring: 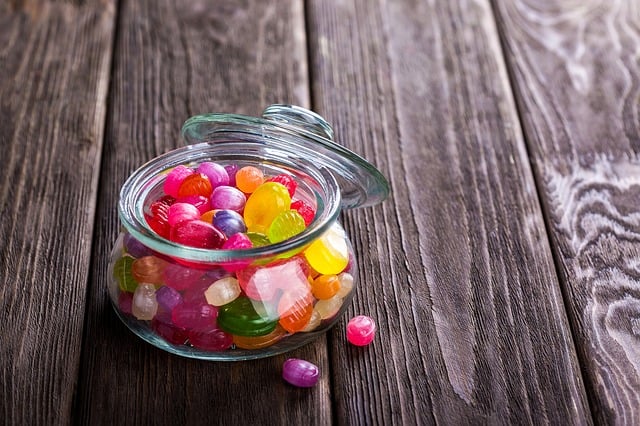 Artificial food dyes are the primary source of food coloring. Red 40, Yellow 5, and Yellow 6 make up over 90% of the total use of food dyes.(2) Synthetically created food dyes are more popular for three primary reasons.

First, they are cheaper to produce. Secondly, they have better coloring properties. This means that they create bolder and brighter colors, but also are better at creating a wide range of colors by mixing them. And finally, unlike their real counterparts, they do not alter the flavor of the food.

Currently, individual countries have their own regulation for which artificial food dyes are allowed to be used in food and beverages. In the US, there are currently 9 dyes which are permitted to be used according to the Food and Drug Administration.

The final two are only for specific situations:

In the following sections, we will take a more in-depth look at two of the more criticized dyes, which are Red #40 and Yellow #5. 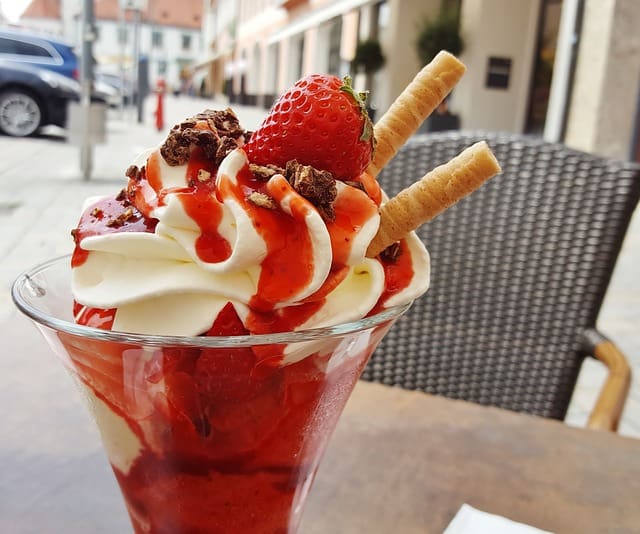 Red #40 (E129) is a petroleum-based dye. Originally it was made from coal tars, but that changed as time went on. Another name for Red #40 dye is Allura Red AC and it is a member of the group of coloring called “azo” dyes.

It is the most widely used red food dye in the United States and is often used in cherry and strawberry flavored products. This includes soft drinks, syrups, and candy. If you are interested in all the other ways that soda is bad for you check out our other page at www.naturemadecures.com/dangerous-effects-of-soda-why-bad/.

Red 40 dye is currently banned in Denmark, Belgium, France, Germany, Switzerland, Sweden, Austria, and Norway. And it must have a warning label that says that it “may have an adverse effect on activity and attention in children” on all products that contain it within the European Union.

Similar to Allura Red, Yellow #5 dye is part of the class of azo dyes that they manufacture from petroleum byproducts, particularly benzene. Other names for it are tartrazine and E102.

This dye is responsible for coloring yellow and orange foods and medications. They also mix it with blue to create some green colors. Some of the more notable products are cheese, chips, crackers, and various breakfast cereals.

They only ban Yellow 5 in Austria and Norway. Within the United States, all prescription medications that contain tartrazine must have a warning label that says, “This product contains FD&C Yellow #5 (tartrazine) which may cause allergic-type reactions (including bronchial asthma) in certain susceptible persons. Although the overall incidence of FD&C Yellow #5 (tartrazine) sensitivity in the general population is low, it is frequently seen in patients who also have aspirin hypersensitivity.” 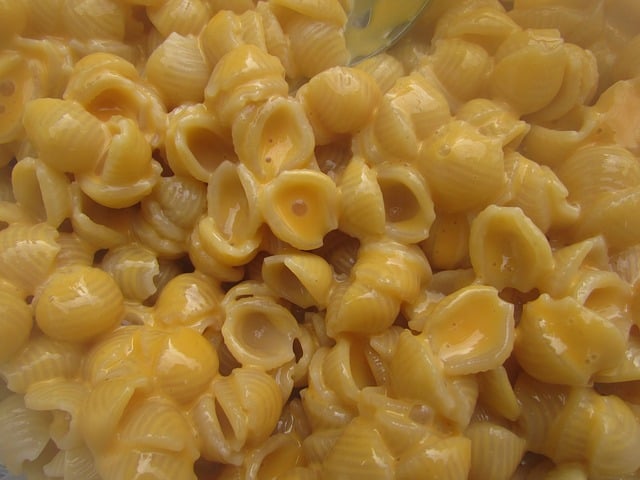 Aside from the warnings from the governmental agencies, research links them to other possible side effects. These include cancer, allergies, infertility, and DNA damage. This is most likely from the chemical called benzidene. Is a carcinogen that the government allows to be present in low quantities in food coloring.(2)

One particular study on pregnant rats was able to show that Yellow #5 can be toxic to the embryos and fetuses. Not only was fetal body weight lower in the treated group, but they also had improperly formed skeletons.(1)

Another shocking study conducted on rats showed that tartrazine can potentially cause cellular and DNA damage. After analyzing the liver cells of rats that were given Yellow 5, they noticed that the cells were abnormal. Some cells had irregularly shaped nuclei, while others were completely missing the nucleus. Equally as alarming, they noticed that the ones dosed with the dye had decreased levels of antioxidants.(3)

Also important to note is that the Center for Science in the Public Interest has also been critical of these ingredients.

In the end, companies using dangerous food dye in their foods only care about their bottom line. The main reason they use artificial dyes like Yellow 5 and Red 4o is because they are cheaper than their alternatives.

Due to the labels on food that contains these ingredients within Europe, companies have reduced the number of artificial dyes in their products. For instance, in the United States, McDonald’s colors their strawberry sundaes with Red 40. In the United Kingdom, they use actual strawberries for color.(2)

The key to creating change begins with us. By being aware of the health hazards, we can buy products that don’t contain dangerous ingredients. A lot of the products that contain added color don’t belong in our diet anyway. So, by voting with our money, companies will have to adjust and remove these toxic substances.

Also, if you want to go further, The Center for Science in the Public Interest has some petitions on their website that you can sign to help make change in these areas.